Graduated from: I graduated from Cathedral High School in 2007 and Indiana University in 2010, with a degree in Political Science.

Where do you live now: I moved to Washington, DC about 5 years ago.

What have you been up to since STA:  Since leaving STA, I developed an interest in politics and public policy. During college, I took an internship on Capitol Hill with former Indiana Rep. Baron Hill. I fell in love with Washington, DC and graduated early from IU to move back. I worked for a Member of Congress from West Virginia for a while, and in early 2012 I accepted a position at the Human Rights Campaign.

The Human Rights Campaign is the nation’s largest civil rights organization working to achieve lesbian, gay, bisexual, and transgender (LGBT) equality. I work in Government Affairs as a lobbyist, so my job is to advocate for federal policy change. I work closely with Congress to pass pro-equality legislation and also with the Executive Branch to advance fair-minded regulatory policy. Last April, I even had the opportunity to go to Geneva, Switzerland to advocate before the United Nations Human Rights Council.

The three and a half years I’ve worked here have been an incredible experience. It has been amazing to work at an organization fighting for LGBT equality during a period of so much change in our country, and I’m proud to have played my small part. 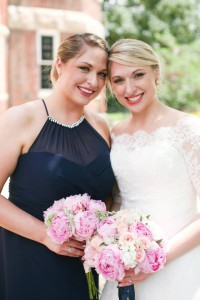 Family: This past June, I married Joel Bailey. We met while working in Washington, DC, but he grew up less than two miles away from me in Indianapolis. It really is a small world. Naturally, we had our wedding in Indianapolis, and we had a wonderful honeymoon in Italy. Married life is great!

My family is still very much involved in STA. My mother, Sharon Horvath, teaches in the science lab, and both my mother and father, Andy Pike, are very active in the church and the creation care ministry. All of my siblings – Matt and his wife Abra (also an STA alum!), Brian and his wife Alyssa, and my twin sister Diane – are back living in Indianapolis for the time being..

What is your favorite STA memory:  I have very fond memories of playing all of the sports – basketball, volleyball, soccer, and especially kickball.  My class was so small that unless almost everyone joined the team, we wouldn’t have enough people. 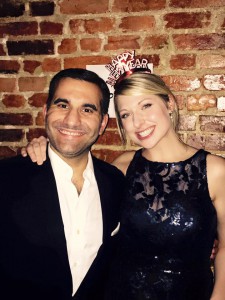 Advice:  Cherish your time there. Once you graduate, make a real effort to keep in touch with your STA friends. It can be hard to stay connected in high school and college – but it is definitely worth the effort! My best friends are still the people who were in my class at STA.

I have been incredibly fortunate to be able to take the opportunities that have led me to where I am, and I’m excited to start the next chapter and see where life takes me.