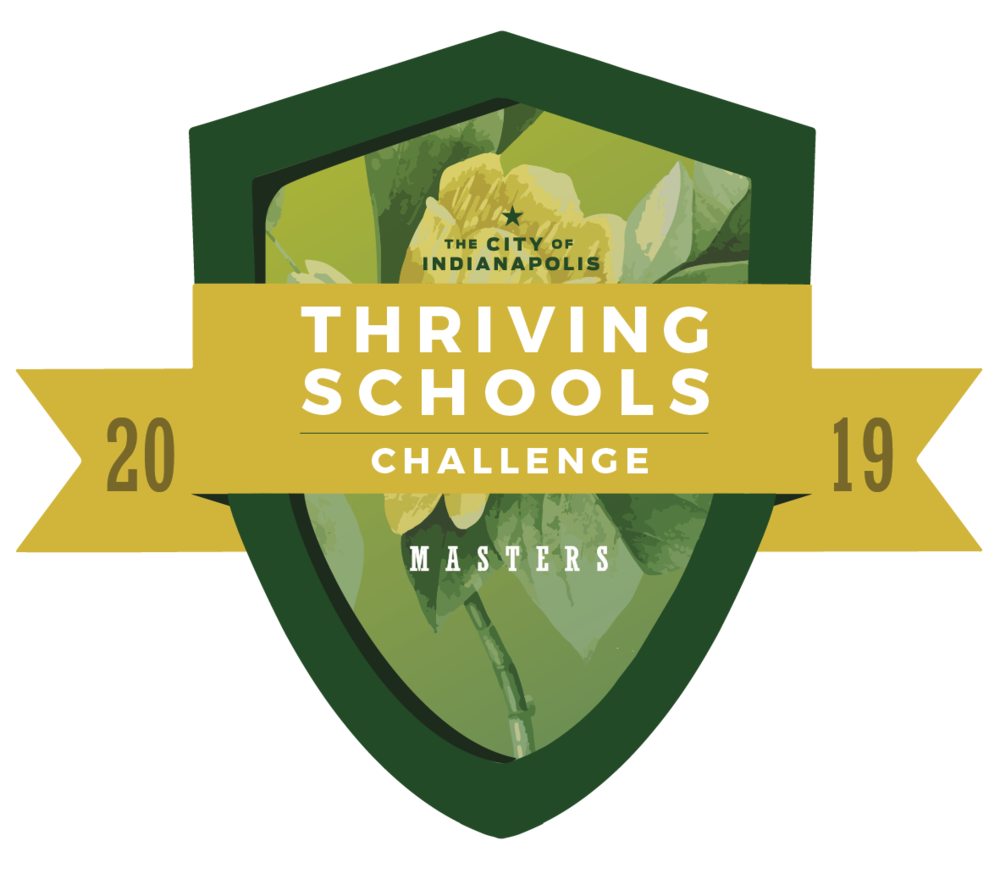 sustainability in their classrooms – and it became clear that the City needed a way to recognize and support them.” 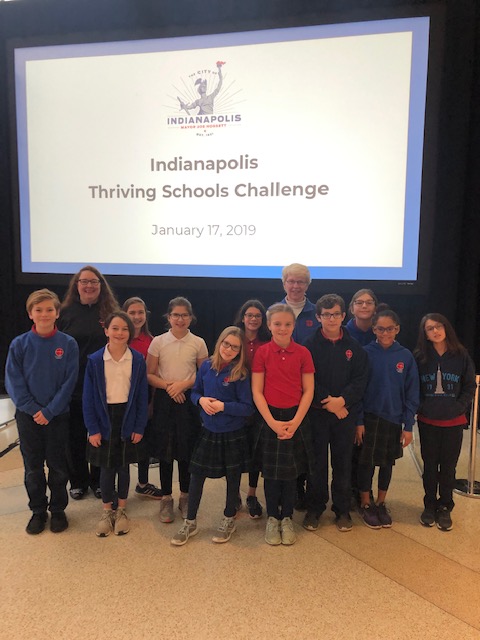 In order to qualify for the recognition, schools submitted applications that described their efforts to reduce environmental impact and costs; improve student and staff health; and provide effective environmental and sustainability education. Based on the number of projects implemented, schools could be recognized as Certified (2 projects), Excelling (3 projects), or Masters (4 or more projects) Level Thriving Schools. The project categories included Education, Buildings and Energy, Health and Food, Waste Management, Transportation and Land Use, and Community Engagement.

Four projects were chosen to highlight some of the efforts STA School is making to care for creation. Students in Earth Council began an initiative to reduce lunch waste by identifying “trash” that could be shared, composted, or recycled. Students now routinely set aside unopened food that can be shared with others and food scraps for the chickens or composted. Students also recycle their milk cartons and no longer use disposable plates, thanks to the Parent’s Association, who now serve those lunches on durable plates and wash them in the new commercial dishwasher.

A long standing program to encourage walking and biking to school was also featured. Under the direction of the Safe Routes to School Committee, new bicycle racks and traffic flasher beacons were installed. It also organized “Walking School Buses,” and worked with the school to encourage participation in the International Walk to School Day. The number of students who “usually or sometimes” walk or bike has grown from 22% in 2007 to 56% in October, 2018 (as shown by teacher administered student surveys). Students who walk or bike to school get a healthy start to their day while developing a sense of community.

In conjunction with the parish Creation Care Ministry, students at STA celebrated the 2018 Season of Creation (September 1 through October 4) by focusing on the theme of water. Each teacher was asked to include water in their curriculum in some way. Each class then made a poster and gave a presentation about water during morning prayer. Students also participated in a Penny War, raising over $1500 to purchase water filters for our sister parish in Haiti. 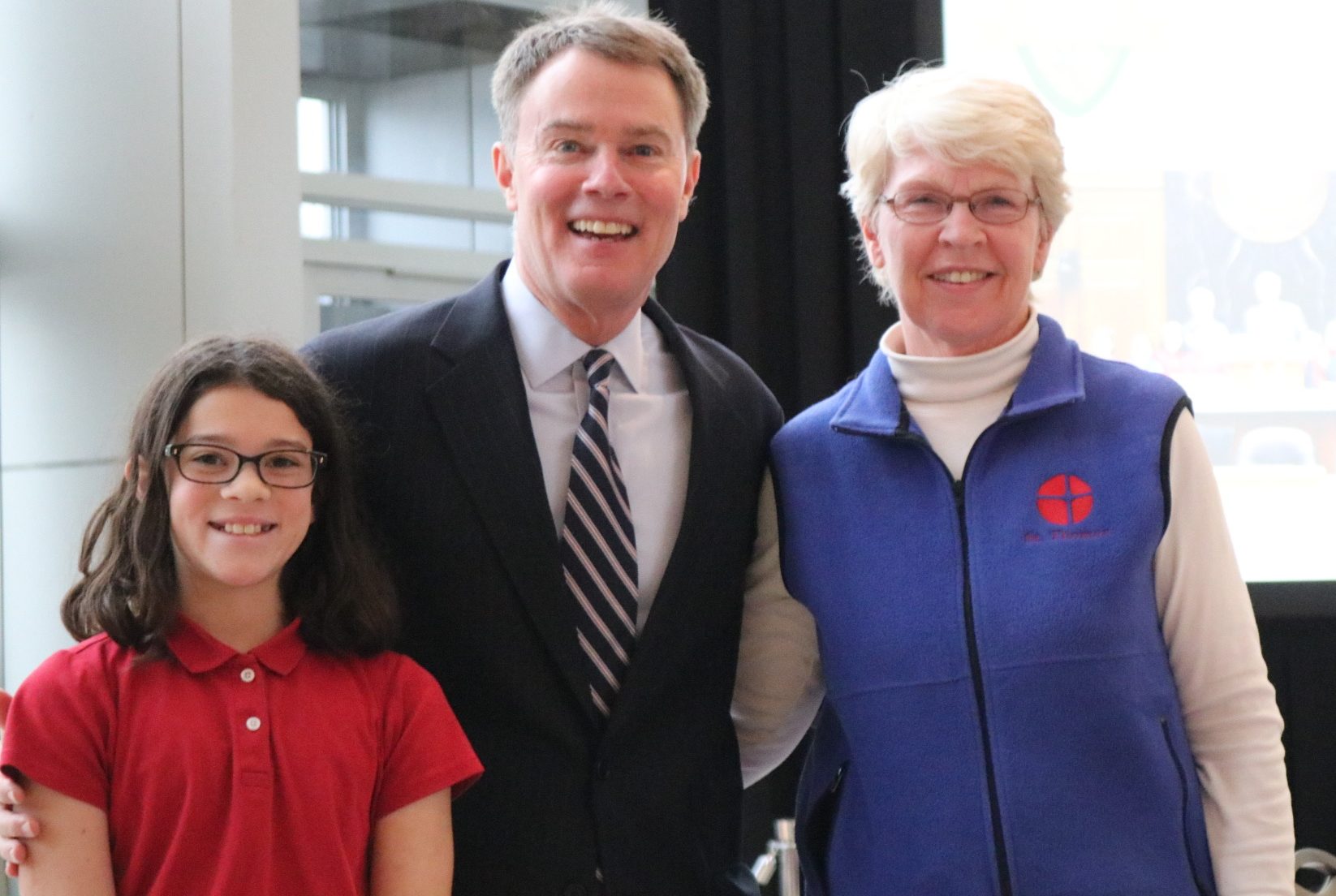 The fourth qualifying project described some of the ways STA students have participated in advocacy efforts. Earth Council students sent letters and firefly crafts to state legislators in support of naming the Says Firefly the Indiana state insect. In February, 2017, students in all grades learned about local efforts to take action on climate change. They signed petitions in support of efforts by Youth Power Indiana and Earth Charter Indiana to have the Indianapolis City-County Council adopt the Climate Recovery Resolution. During Earth Week, 2017, students designed prayer flags in Art class to show their appreciation for the gift of creation. Approximately 40 of those designs were selected, which were carried at the People’s Climate March in Washington, DC in April, 2017. The flags are currently displayed in the school hallway as a reminder of the need to care for creation.

In recognition of STA School’s sustainability efforts, the school was named a Master’s Level Indianapolis Thriving School. Cristina Padilla, Project Manager in the Office of Sustainability for the city of Indianapolis, said “St. Thomas Aquinas School’s leadership in advancing sustainability in Indianapolis is nothing short of exemplary and admirable.” More importantly, STA students are living the call from Pope Francis in Laudato Si’ to care for our common home. 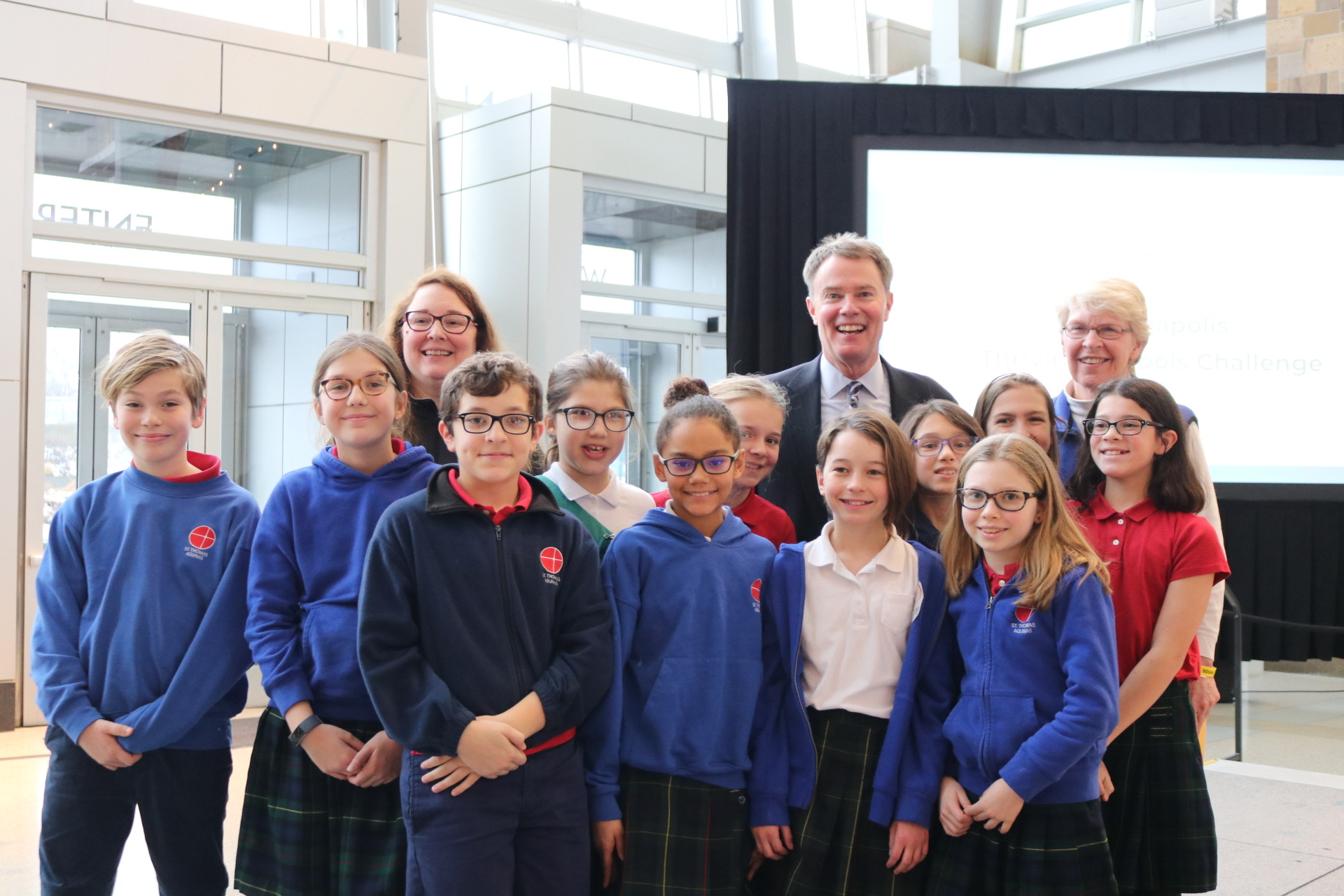