March For Our Lives – March 2

This Saturday there will be a student-led protest at the Indiana Statehouse, in support of legislation requiring background checks on all gun sales.  This comes a year after the nationwide student protests against gun violence in the wake of the Parkland school shootings.  The local “March for our Lives” is being organized by “We Live, Inc.” which was founded by a group of students from Warren Central High School.  The march is being supported by Hoosiers Concerned Against Gun Violence, a group that had its genesis at St. Thomas in the 1990s.  Please join and support the students when they assemble at the State House this Saturday, March 2 at noon. 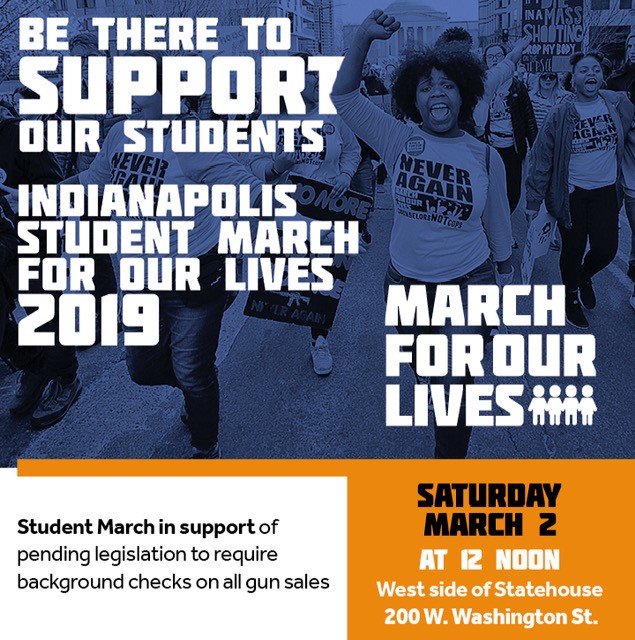