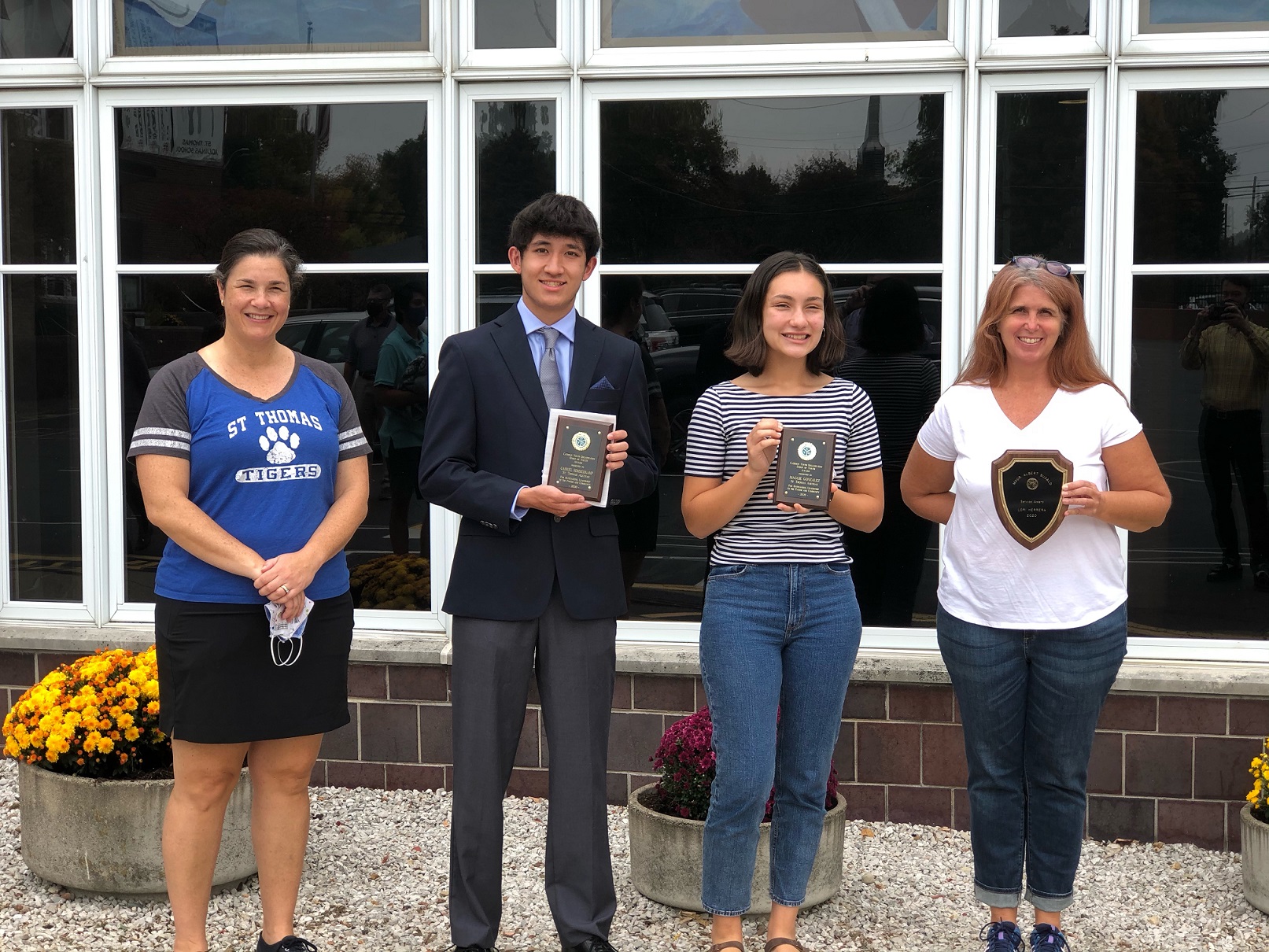 Five STA parishioners, including three teens, will be honored with CYO awards for their service to the parish at the 10:30 Mass this Sunday, Oct. 11. And longtime Basketball Coach Liz Turner Suscha, like her father before, will receive the prestigious St. John Bosco Medal, at a celebratory Mass on Oct. 22 at Holy Rosary Catholic Church.

A 1990 STA alumna, Liz learned the game and life skills from her father, Richard Turner, who was still leading the Tigers when she starting coaching at St. Thomas Aquinas in 2003. He went on to win the Bosco Medal three years later. Liz is carrying on the family tradition and coaches both her son Anthony’s 8th-grade team and daughter Lidia’s 4th-grade team.  Liz, a two-time women’s basketball team captain at Brown University, has been the girls basketball coordinator and member of the STA Athletics Committee for eight years.

“I had a great example to follow; it is especially meaningful to me when I run into some of the people that he coached as kids because they talk about his impact as a coach, including his relentless commitment to man-to-man defense! Over 18 years, I’ve truly been rewarded through my coaching experience and I’ve even learned to stop yelling at the refs!,” she said after being notified of the award.

‘My main focus is to help kids, especially girls, experience the benefits that come with playing sports – understanding differences, teamwork, commitment and more.”

Beyond the court, Liz chaired the 2018 STA Gala, headed the STA school trash bag fundraiser and has led the annual pointsettia sale to keep athletics costs low for participants.

Lori Herrera and Tom Mulhern also won the Msgr. Busald Award, which recognizes sustained service to the youth of the parish and/or youth ministry programs. Lori has moderated the chess team for seven years and coached kickball for three, even though she has no children in kickball.

Tom, a former Parish Council President, has coached boys basketball for nine years, which led to six years as a track coach and one year with volleyball. He served four years on the Athletic Committee and four years as boys basketball coordinator, during which time he rebuilt the program with non-parent coaches (both men and women) and began offering training options. His relationship as a trusted mentor to the boys he’s coached extends far beyond the season, according to his nomination. He also was instrumental in two parish capital campaigns and served on the board of Horizon House, a homeless shelter.

Recipients of the 2020 Spirit of Youth Awards for outstanding service are: