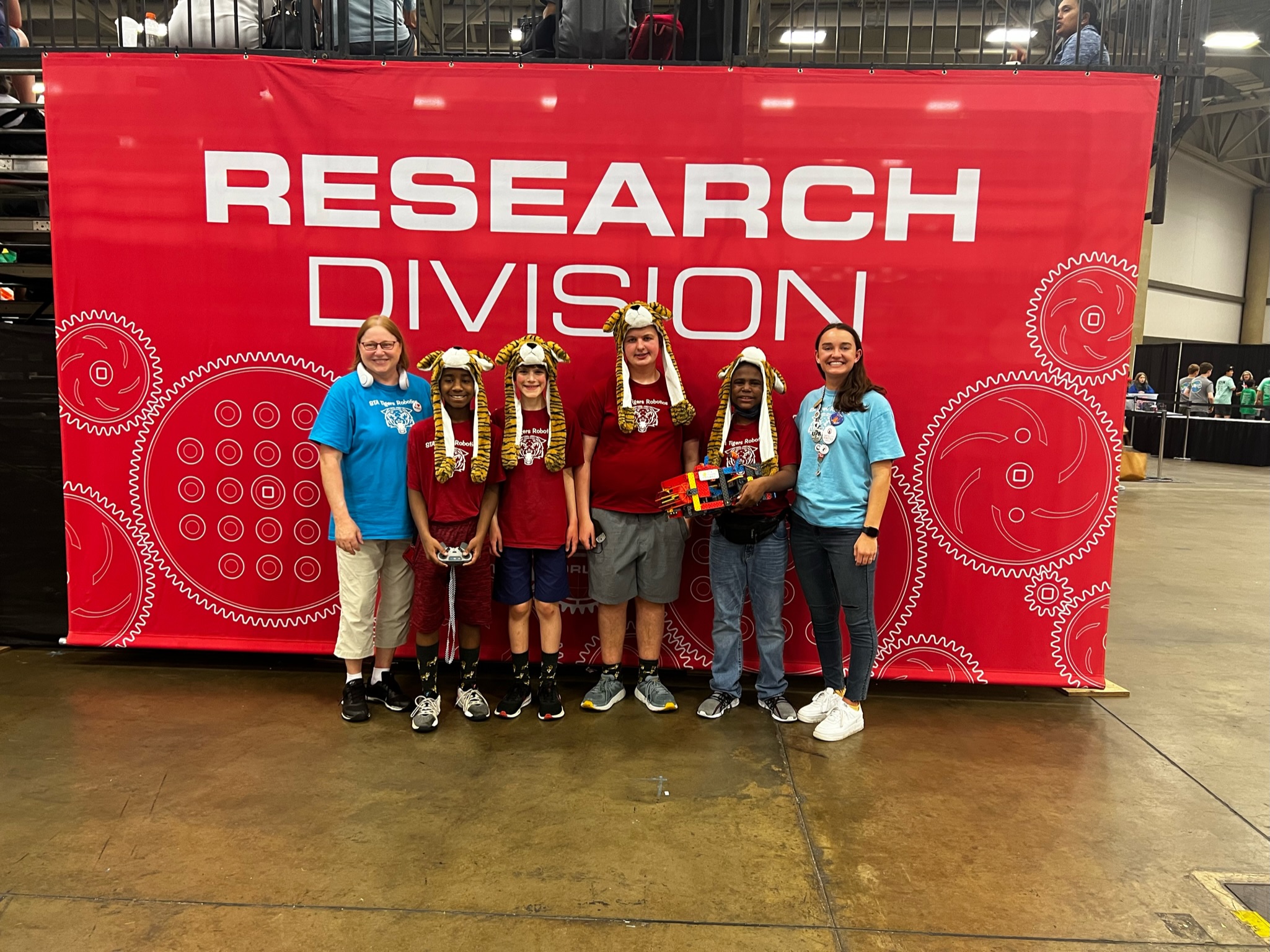 The VEX Robotics World Championship showcases students from elementary age through college. 35,000 people attended the event. Robotics teams from across the world compete on a local level throughout the year, culminating in 1,650 teams who qualified to attend the VEX Robotics World Championship based on their success at the state/regional championship. Over the course of the season, over 24,000 VEX Competition teams from around the world worked to reach the goal of attending this event. This year one of our STA middle school robotics teams earned an invitation to compete at Worlds in Dallas Texas. We all had a fantastic time and are already looking forward to returning next year. The event was hosted at the Kay Bailey Hutchison Convention Center Dallas. The location was huge and the competition was excellent. 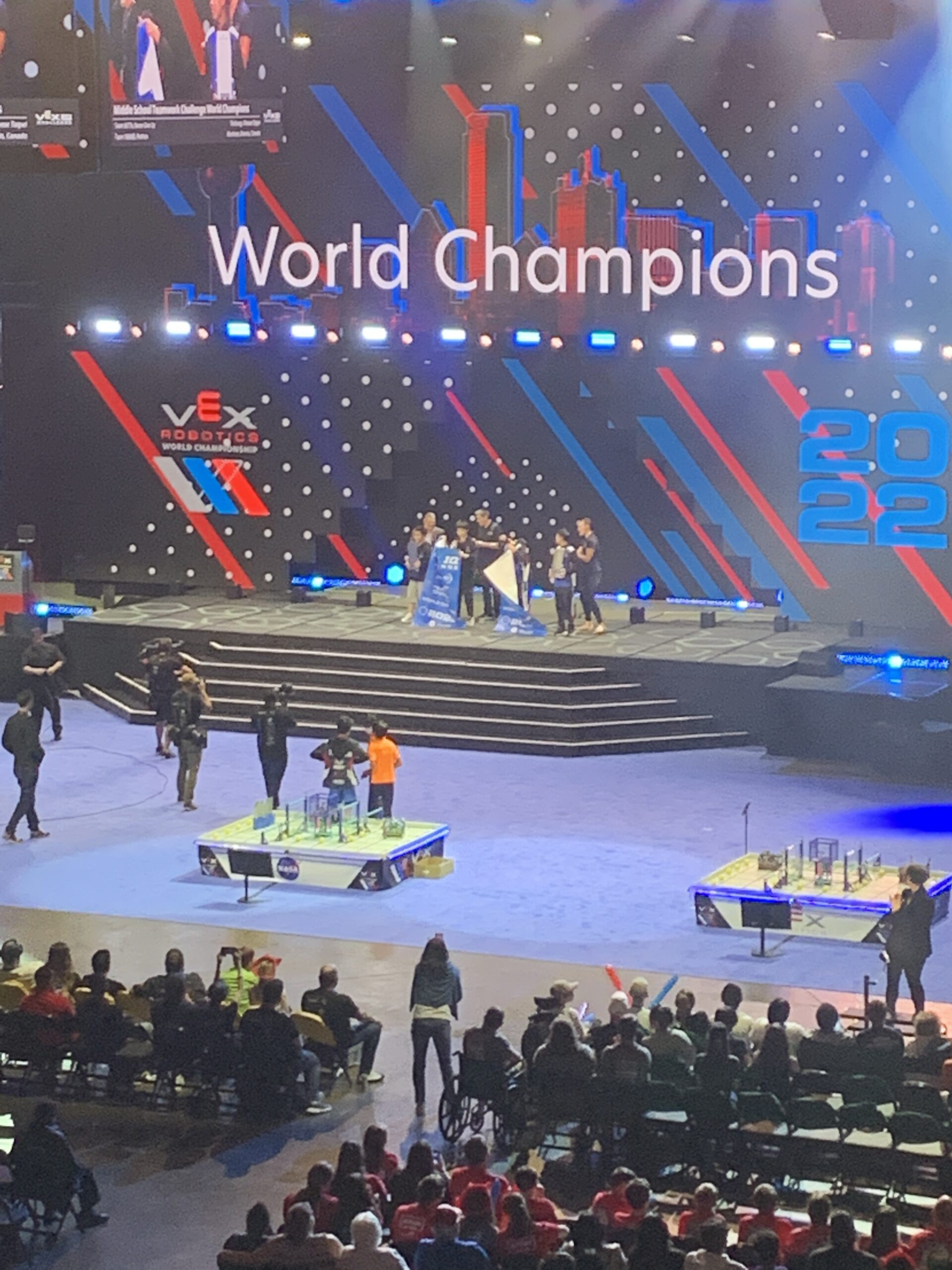 We met other teams from around the USA and the world. It was such a great cultural experience for everyone. There were 518 middle school teams competing in all so they divided the teams into 8 smaller divisions with the top 2 teams from each division moving on to the World finals in the massive arena with everyone there to cheer them on. Our division was called “Research” and it had 78 teams. We competed in 10 randomly selected qualification matches to determine the top 20 teams that competed in our division finals. It was all very exciting with a few of these teams scoring perfect matches of 162 points. Each match has 2 teams that are paired together with 60 seconds to drive their robots and score as many points together as they can. Our most exciting match was our last one. We were paired with a team from Mexico who were in 2nd place. Our teams worked perfectly together and were able to score 158 points, the highest score we ever had! We were walking on air after that match. We finished up in 25th place out of 78 and were very proud of our performance at Worlds. Thanks to everyone who made this dream come true for us. 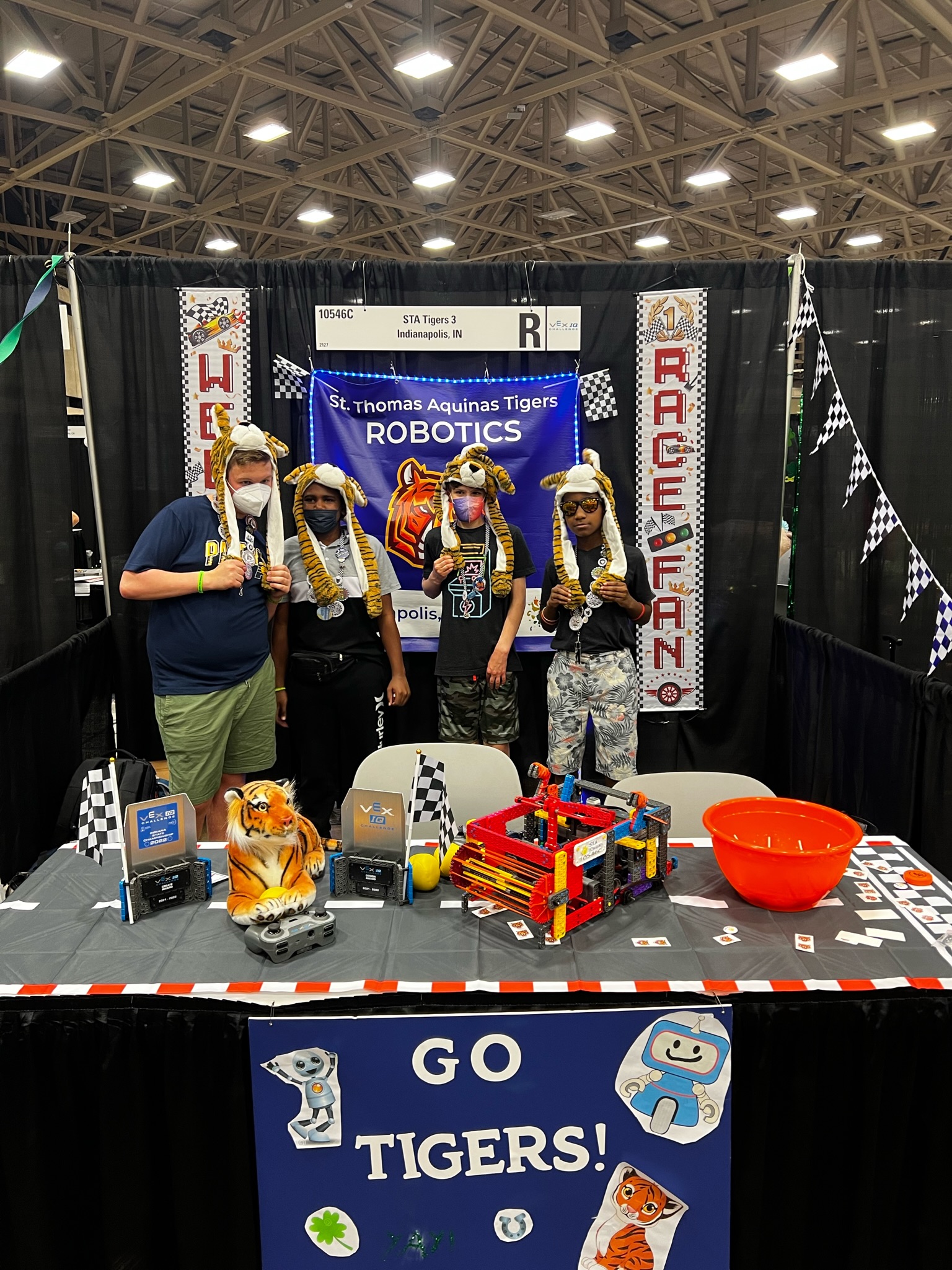