“Let the little children come to me; do not stop them; for it is to such as these that the kingdom of God belongs.” 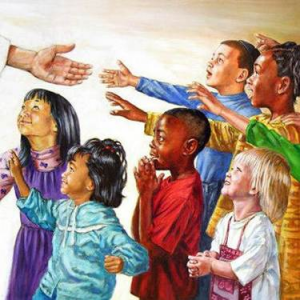 We remain greatly concerned and cannot remain silent.  At least 2,000 children have been separated from their parents at the border and remain imprisoned at the command of the current administration.  They and their families are dehumanized and cast as vermin trying to “infest” this country by the highest authorities in the land.  The children have either been put into cages or transported far away and denied access to their loved ones.  This cruel policy is aimed at the most vulnerable, even asylum seekers, who are allowed by law to attempt entry into the USA to escape indescribable suffering. Whatever public gestures have been offered in the last few days, the following facts remain:  1) the children remain separated from their loved ones; 2) no clear path exists for their reunification; and 3) the policy of immediate detention of all persons seeking safety in our country which caused this crisis remains in effect.

Mary and Joseph carried their child into Egypt seeking safety.  If Christ’s family were refugees, we are all refugees.  Each one of these migrants is following in our Savior’s footsteps. We should not rest until they are safe and reunited.

Policies punishing families for the most human instinct of seeking refuge from suffering are inherently unjust.  Cruelty toward vulnerable children is evil.  As St. Augustine taught, an unjust law is no law at all.  As St. Thomas Aquinas himself said, “if the law purports to require actions that no-one should ever do, it cannot rightly be complied with; one’s moral obligation is not to obey but to disobey.”  No Christian can rightly take a screaming child from her mother’s arms, nor stand silent in the face of a policy that does so on a wholesale basis.  It is our Christian duty to rail against this injustice.

Each immigrant is pilgrim bearing, like the rest of us, a weight of loss and fears and a faint leavening of hope.  All this they’ve borne across the desert.  We cannot imagine depths of their fear, nor comprehend the beauty of their faint hope.  Christ’s command to welcome the stranger was never more relevant.  It is our Christian responsibility to help these people in any way we can.

We the Pastor and Parish Council of St. Thomas Aquinas ask you to prayerfully consider what you can do to defend these most vulnerable and desperate families. Please pray, call your elected officials, offer comfort to the afflicted, march in the streets and do what you must until this injustice is ended and remedied.