We asked three family members to talk about some of the ways being African-American has affected the ways in which they navigate the world around them. Here, we have three generations and three distinct perspectives of being Black today. 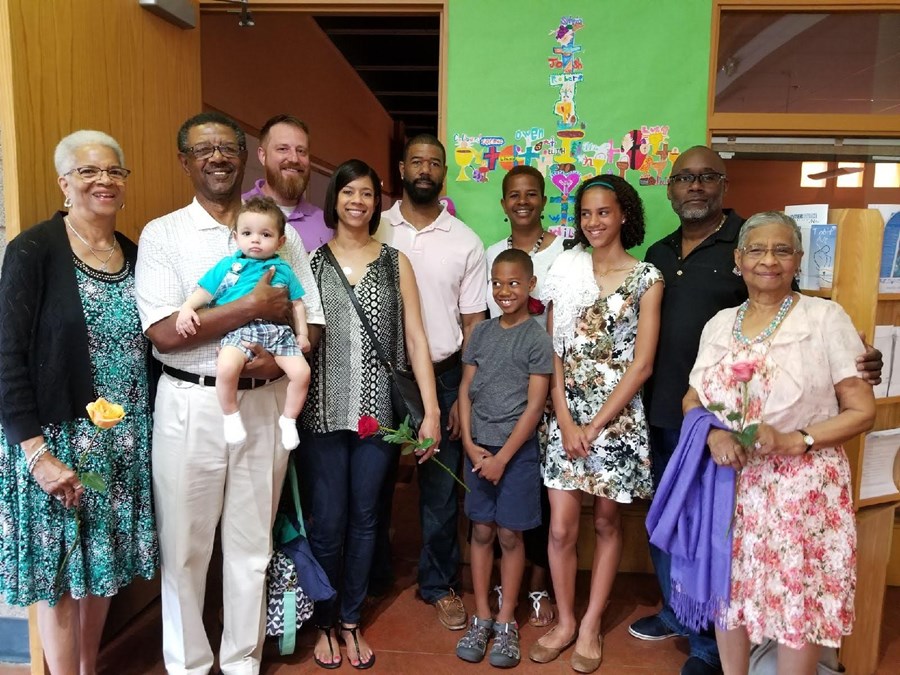 How has being African-American impacted your life?

Earl Martin I was aware of what my predecessors went through and knew that I couldn’t go into certain establishments because I was black, but I never considered myself inferior.

Shanna Martin Being African-American has impacted my life in many wonderful, yet challenging ways. I don’t have anything to compare it to, though, because I’ve only ever been African-American!

Nya Malott Being African American, and especially bi-racial, has made it very hard for me to find where I fit in sometimes in different places. I felt like I was too light skinned or too white in places with mostly Black people. In places with mostly white people, like STA for example, I felt like my skin was too dark compared to everyone else and like I was too black standing out.

Can you share a time you’ve experienced racism as a child, a young person, as an adult, or in present day? 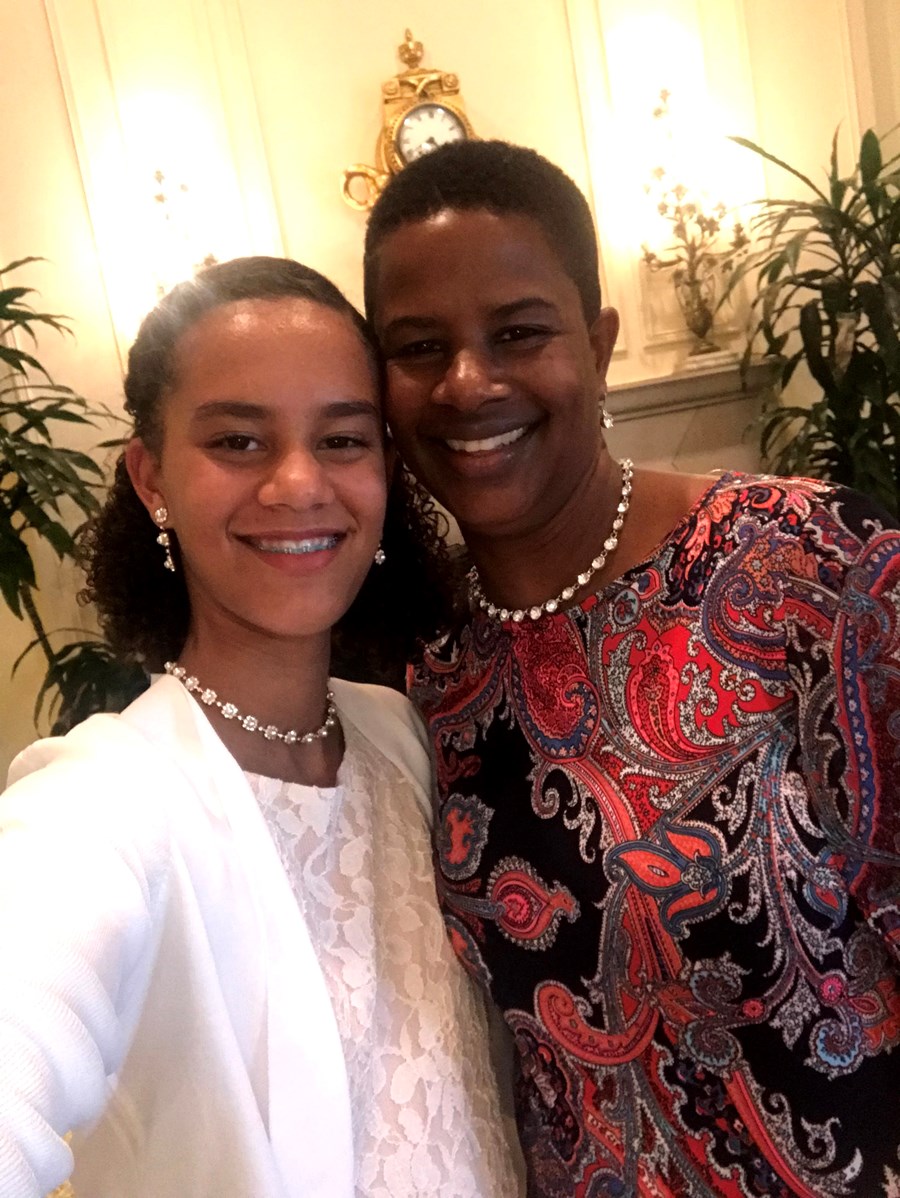 Earl When I was a kid, the Warrick Drugstore is where the CVS at 38th & Illinois is currently. They had an ice cream fountain and we used to go in there all the time. One day a white man came in and said, “I didn’t know you served niggers here.”

I lived on the corner of Blue Ridge Rd. and Boulevard for 47 years, and the section of Blue Ridge between Cornelius and Sunset (near Butler’s campus) was redlined (and probably still is).  No Blacks were allowed to buy houses there, and at the time we moved out of our house (about 3 years ago), there had never been a Black family living in that block on Blue Ridge.

Shanna Ironically, the first time I was called the “N” word was while playing soccer at STA, I believe it was 6th or 7th grade against a school that shall remain nameless. It is something I will never forget because of the amount of embarrassment and shame I felt knowing that many of my classmates/friends heard it. It was like he had just told the world that I was not only different, but less than, and now everyone knew it!

Nya I think I’ve been privileged enough not to ever really experience racism, but sometimes looking back at certain things, I realize now that people might have been doing or saying racist things to me. But going to STA and not talking about racism enough in my family, I feel like things were kind of normalized. So while in the moment I didn’t realize it was racist, just because people at school were saying and doing that all the time and weren’t getting in trouble for it, or it wasn’t a big deal. The normalization of my white friends getting away with saying the “N” word and in English or history class being allowed to read the “N” word like it was normal, or skipping over it, not thinking or talking about the effect it might have had on the African Americans sitting in the class or the use of the word in the past.

Have there been improvements in race relations and equity in your lifetime?

Earl They have somewhat improved, but are still not where they need to be. Blacks became allowed to vote in 1965, but there is still voter suppression and many Blacks, particularly in the South, continue to have to fight for their right to vote. Racism is so widespread, it’s a part of every facet of our life, and now it’s just cloaked better in some ways.

Shanna  The journey of race relations and equity in my lifetime has been an interesting one. I was born and raised (late 70’s – early 90’s) during a time when Blacks thought that the work of the Civil Rights era had finally put us on a path towards equality. My family supported this notion and my parents worked hard to ensure that I had a quality education and was exposed to and involved in a variety of activities so that I had every opportunity possible at my fingertips. But we didn’t talk much about race, discrimination or the historical and systemic racism that is so deeply embedded in every piece of the American experience.

And because I attended predominantly white schools, it wasn’t talked about there, either. So I spent a great deal of my life thinking and wanting to believe (very naively, of course) that things were better, that racism didn’t exist (at least not as overtly and openly violent as it had once been) and that I had all of the same “rights” as my white friends.

But here we are back to a time when tensions are high between whites and Blacks, when policies are continuing to be upheld and written in favor of white privilege, when violence against Blacks is casually broadcast daily for all the world to see and Blacks are still fighting to be included in “All Lives Matter”!

So the short answer is… no there have not been improvements. Race relations have just looked different over the years, but there is still no systemic equity for Blacks or people of color.

Nya  Looking at this past year, I feel like there have not been improvements in my lifetime. Everyday, there’s new cases of African Americans being hung, being stereotyped, getting killed by police, guns being drawn on us for things like selling cigarettes, and the constant reminder of white superiority. But these are just symptoms of the underlying issues that are being looked over. 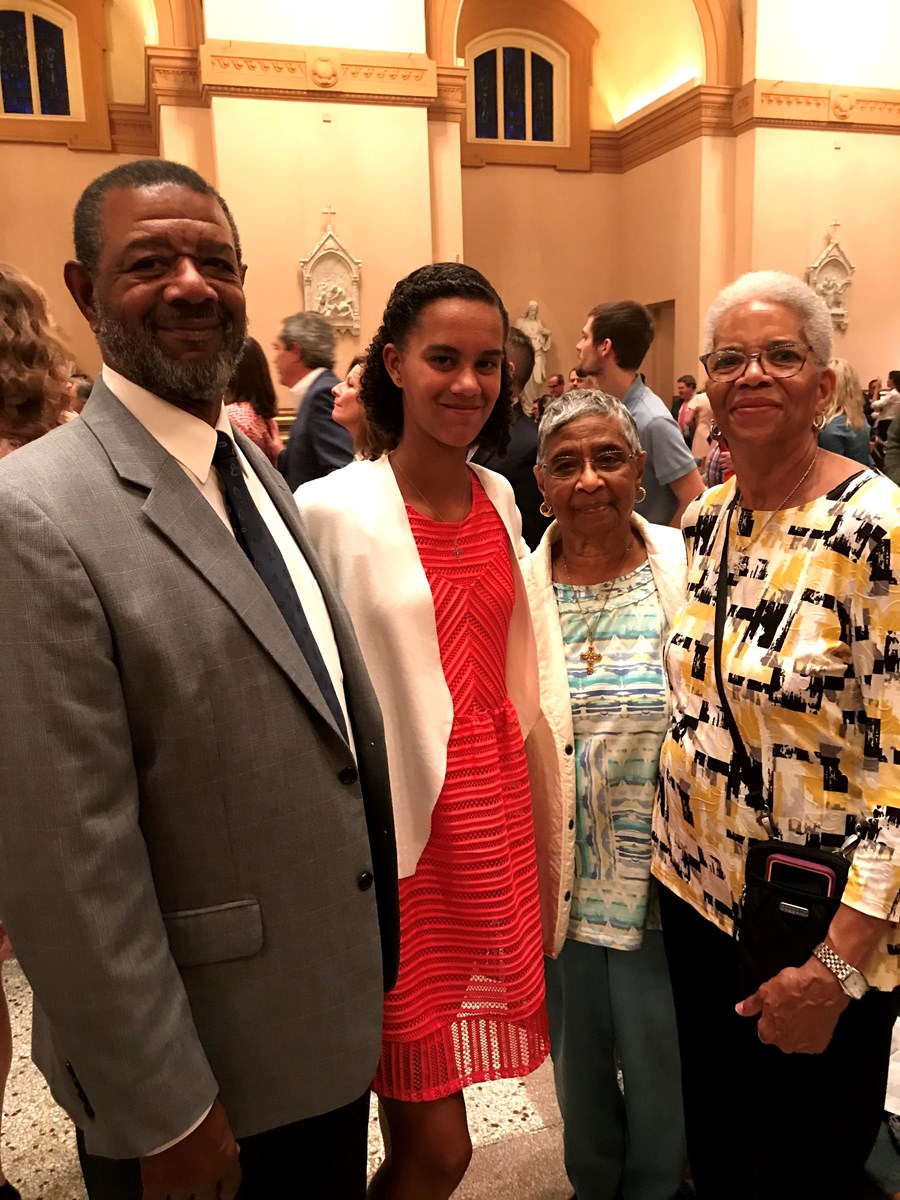 What can one do to become anti-racist?

Shanna Read, read, read… dig into history and understand how systemic policies (i.e. redlining) have negatively impacted generations of Black people. (The STA Race & Culture Committee provides weekly resources in the church bulletin that you can easily refer to if you’re looking for a place to start.) And then share that knowledge with your friends and family; identify an anti-racist action step you can take in your community; and be willing to stand up and question people who make racist comments, jokes or assumptions.

Most importantly, don’t look to the Black people in your life to do the work for you (it’s exhausting and traumatizing for us), but be willing to listen and validate their experiences without judgment.

And lastly… TEACH YOUR CHILDREN HOW TO BE ANTI-RACISTS!!!

Nya I think the biggest thing is to get educated. To learn, learn, and learn some more about the history of African Americans and what’s going on in the world right now. Getting educated and listening to what Black people have to say about what’s going on is something that could help someone become anti-racist.