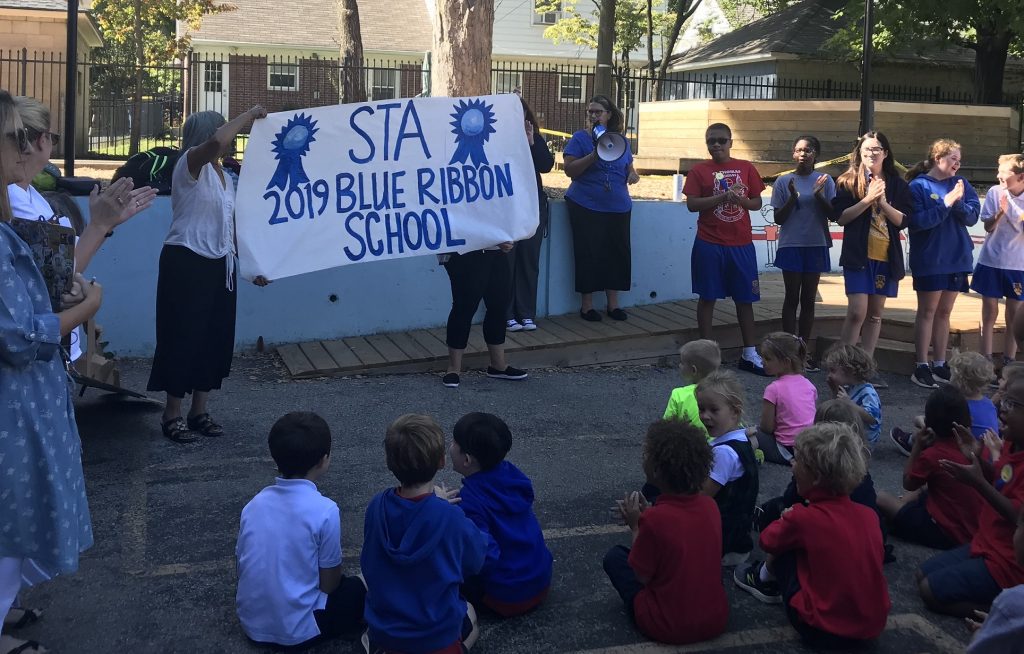 The coveted National Blue Ribbon Schools award affirms the hard work of educators, families and communities in creating safe and welcoming schools where students master challenging and engaging content. Now in its 37th year, the National Blue Ribbon Schools Program has bestowed recognition on more than 8,800 schools. In November, the Secretary and the Department of Education will celebrate with all honorees at an awards ceremony in Washington, D.C.

All schools are honored in one of two performance categories, based on all student scores, subgroup student scores and graduation rates:

Up to 420 schools may be nominated each year. The Department invites National Blue Ribbon School nominations from the top education official in all states, the District of Columbia, Puerto Rico, the Virgin Islands, the Department of Defense Education Activity and the Bureau of Indian Education. Private schools are nominated by The Council for American Private Education (CAPE).